A Short History of Beaulieu

Beaulieu is an ancient estate overlooking the banks of the River Boyne, just over three miles from the town of Drogheda. For over 800 hundred years it has been home to two families, the Plunketts and the Tichbournes and on many occasions, the house has passed through the female line.

Originally the site of a stronghold, the Plunkett family may first have inhabited a tower house, which was altered in the Jacobean period. Wide walls can be found in the fabric of the building today.

No one really knows where Beaulieu’s name originated, however, it can be seen written on a 1650 map of the area and some of the adjoining town lands and farms still have the prefix ‘Belle’ to their names, such as Belle Tichbourne and Belle Cotton. Co-incedentally, ‘booley’  is a Gaelic word associated with cows and dairies and it is likely the lush meadows beside the Boyne were traditional grazing areas for herds of cattle.

We can assume the present building at Beaulieu evolved from stronghold to fortified dwelling to its present design as grand mansion, in the English style. As such, Beaulieu is a rare example of  late C17th Irish, domestic architecture to have survived with minimal alterations. With the building of the house beginning in the late 1660s, it is thought the building we see today was completed by the early 1720s with decorations, paintings, wood carvings and grand staircase being the last of Henry Tichbourne’s ‘improvements’ made c. 1723.

For those interested in architecture, Beaulieu’s high eave roof and dormered attic is carried on massive,carved modillion cornices typical of the Caroline period, also found in the houses in the South of England. Small, red brick window dressings reflect Dutch taste in fashion and many of the interior decorations also reflect Dutch influence. While the house is primarily domestic, there is one vestige of military safeguard, the front door being hung with massive, carved oak and iron-studded shutters. Evidence also remains of a massive ditch and a tall wooden palisade, which once protected the house within its curtilage, where Plunkett and Tichbourne garrisons were housed during C17th.

Legend has it that the little red bricks, which adorn the windows of the house, came up the Boyne as ballast in boats. These same ships may have brought the craftsmen, such as the stucco-dores and wood carvers who helped to decorate Beaulieu.  One of these artist immigrants was painter called Willem Van Der Hagen who was commissioned to paint a port-scape of Drogheda in the early 1720s. He completed his panel painting of Drogheda, with its Cromwell-bombarded, medieval walls, gabled houses, (Dutch billies), numerous towers, gates, church spires, monastery gardens and a famous double barbican – over the fireplace in the hall, for his patron, Henry Tichbourne.

Four acres of walled garden and grassy terraces surrounding Beaulieu have remained largely original to their early design. Lime trees form an avenue along the short, straight drive and picturesque lakes complete the vista at the front of the house. Family letters describing the walled garden from this period, tell us that fruits such as figs and nectarines were being grown and also describe crops of flax, hops and bear. The same letters describe Sir Henry’s impatience with the builders in ‘the south end of (his) house’. He is especially proud of his new staircase and its price, paid for ‘by the lump’, ordered in Dublin. Sometime in early Autumn 1723, the staircase was delivered, probably by boat, and assembled at Beaulieu, prompting Henry’s relieved comment that ‘all will be done, until next year’.

Willem Van Der Hagen, who began a painting career in Ireland around 1718 – painting sets at the Smock Alley Theatre, went on to become a founding father of Irish landscape painting. Visiting Beaulieu is an opportunity to see some of his early work painted on panel, including the city-scape of Drogheda and a spectacular perspectival ceiling painting, attributed to him, of the goddess Aurora, descending to her garden bower from the heavens, in a chariot.

Guided tours of the house usually take 45 minutes and can be joined on the hour. 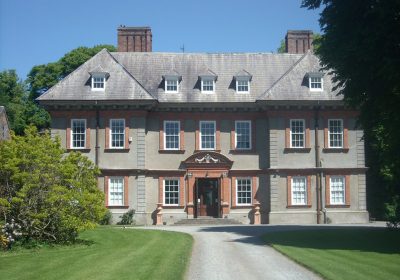 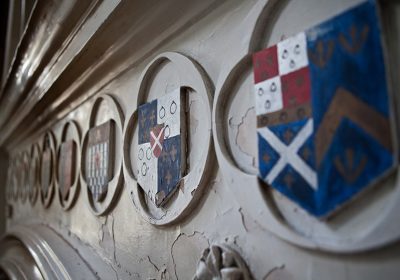 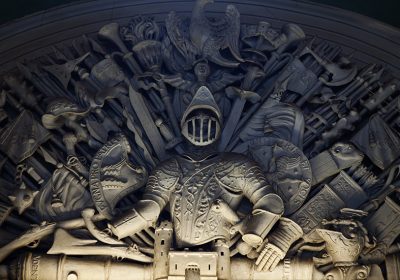 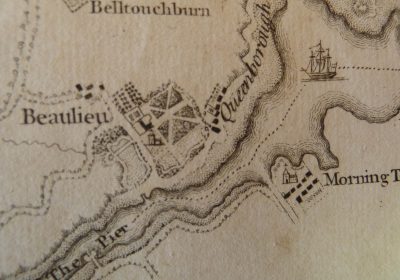 Beaulieu House is situated on the L6327 off the R166 (or R167). We are on the way to Baltray and Termonfeckin villages. Driving from Dublin airport is approx. 45 mms - exit off M1 at Junctions 9, or 10 to Drogheda.